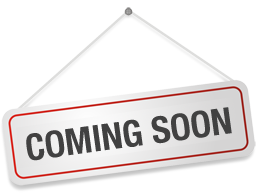 In 2001, team selection forms were sent to various WCC life members and players who have played over 50 1st XI games between 1905 and 1999.
Players with the most votes in each category won selection in Warrandyte Cricket Club's 1st XI Team of the Century.
Team will be announced soon.

As averages in the early century were lower for batting and bowling, a percentage column is added to help compare players in different eras.
This column shows the % difference compared to the average performances at the time.
If a player has +5%, they score 5% more runs or take 5% more wickets than the average player in their time.
Green is more than average, red is less than average.

WCC Team of the Century Nominees 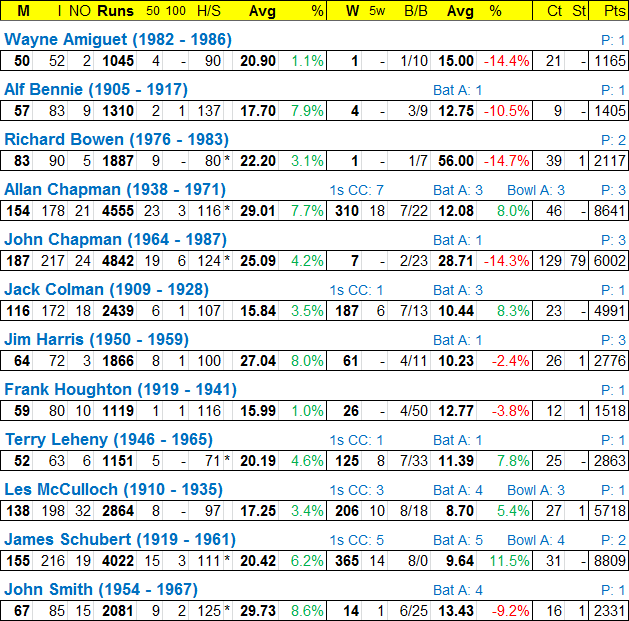 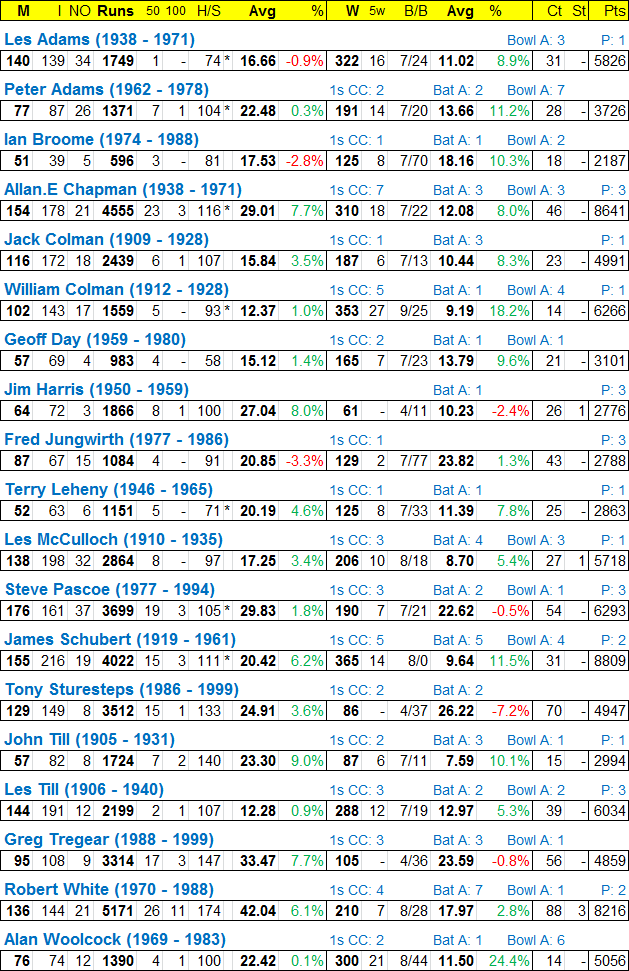 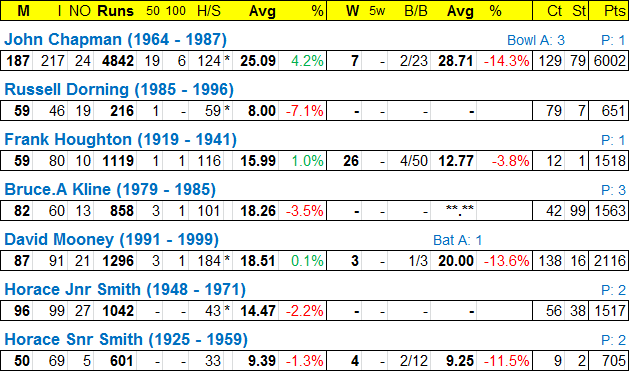 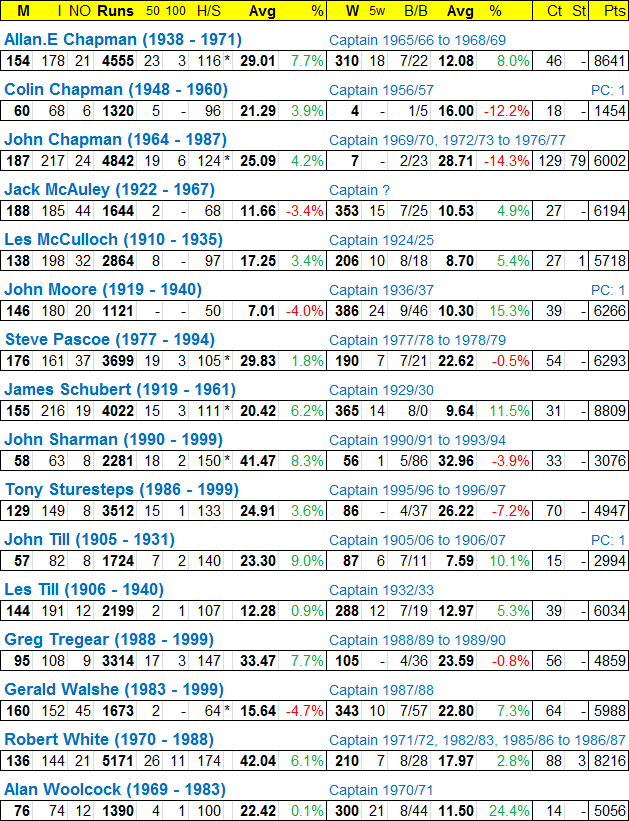 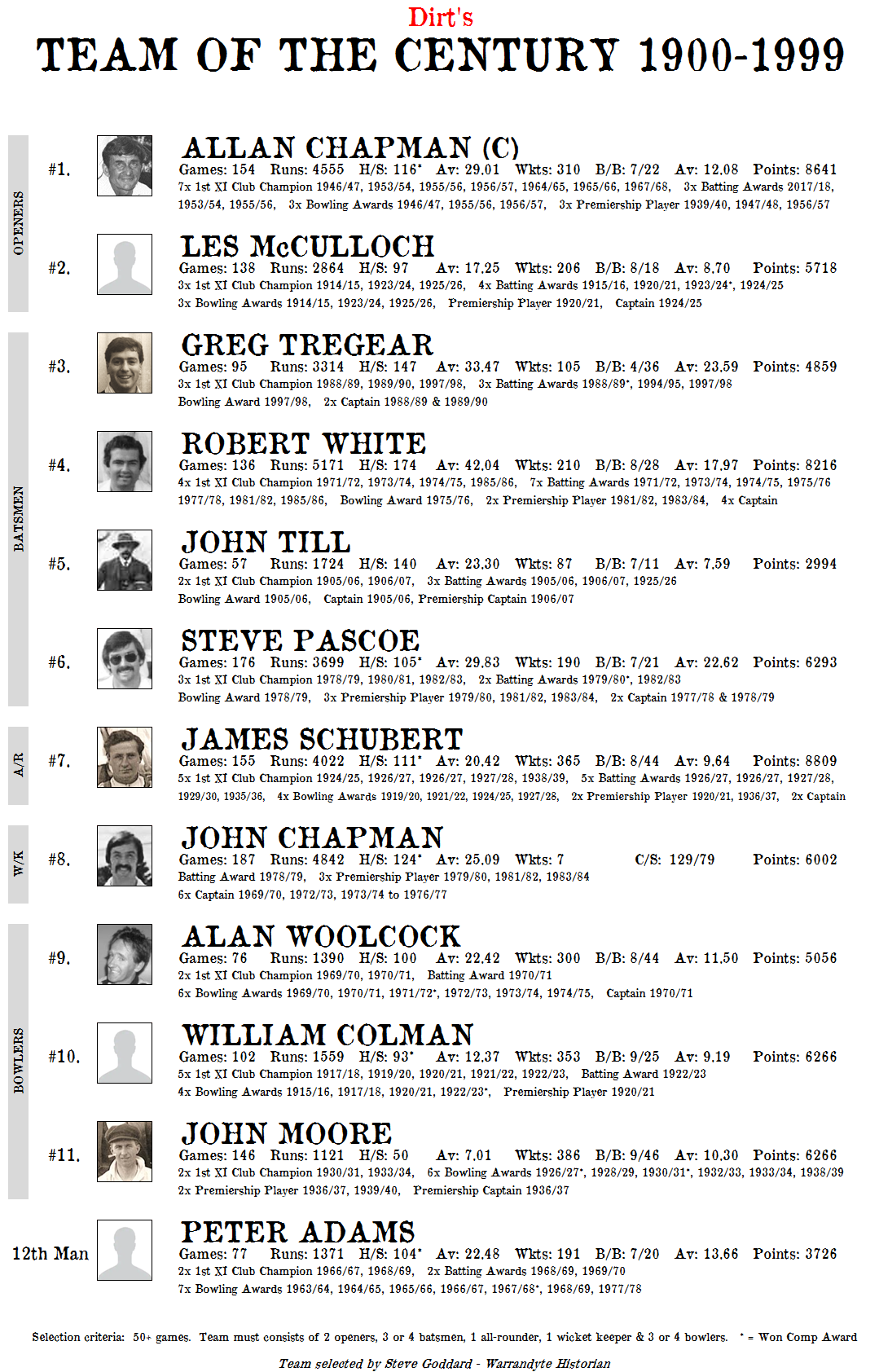 Dirt says "This is just my team, not the club's. I tried to represent all eras, and where it was a toss up I selected those that won more 1st XI awards"

1. ALLAN CHAPMAN - Those than knew him say he was Warrandyte's greatest cricketer. And his stats and awards certainly back that up.
2. LES McCULLOCH - Had a 1st XI career spanning 24 years and won 10 club awards. Was between him and John Chapman for the openers spot.
3. GREG TREGEAR - For me this spot was between him & John Sharman, but 2 more batting awards and longer career gives him the nod.
4. ROBERT WHITE - In my opinion Warrandyte's greatest ever batsman.
5. JOHN TILL - His batting average in an era of very low scores is to me remarkable.
6. STEVE PASCOE - This spot could have gone to a number of players. But he gets the nod because, well he is the P!
7. JAMES SCHUBERT - Little is known of him, but his all round record stacks up with the great Allan Chapman. 14 1st XI awards is a record.
8. JOHN CHAPMAN - There are a lot of stories about how good Bruce Kline was, But John's longevity gets him my keeping spot.
9. ALAN WOOLCOCK - Six 1st XI bowling awards is amazing in any era.
10. WILLIAM COLMAN - What he did in a relatively short career was astounding, the 4th most 1st wickets including 90 & 74 wickets in a season.
11. JOHN MOORE - 6 bowling awards and still owns the record of 3rd most 1st XI wickets.
12. PETER ADAMS - He could nearly get a spot as either a batsman or a bowler. 7 1st XI bowling awards is a club record.

NOTABLE MENTIONS:
LES ADAMS - Another I tried to get in as his name is synonymous at the club, but just missed out on a bowling spot.
GEOFF DAY - 2 time Club Champion and won both a batting and bowling award, but played only 57 games.
JACK COLMAN - Would have been a great all-rounder. Is a 1st XI Club Champion and won 3 bowling awards.
BRUCE KLINE - Was named keeper in the Club 12 team, but I can only have one keeper, and think John's batting gets him the spot.
GRAEME LLOYD - 2 time Club Champion which is historically difficult to win for bowlers who don't bat is impressive, but only played 52 games. Also won the Chandler player of the season, and 2 Chandler bowling awards.
JACK McAULEY - His 46 year 1st XI career is truly remarkable, and this was a tough omission. But I just couldn't find him a bowling spot ahead of the others.
JOHN SHARMAN - Again is unlucky, but only 58 games means he misses out.
HORACE SMITH JNR - Tales of him are legendary, but again I can only have 1 keeper.
JOHN SMITH - Won 4 1st XI batting awards in the 50s and 60s.
TONY STURESTEPS - 2 time club champion and 2 time 1st XI batting award winner.
LES TILL - 3 time Club Champion winning both batting & bowling awards, but other contenders had slightly better credentials.
GERALD WALSHE - This non selection will raise the most eyebrows as he holds the record for most 1st XI wickets ever with 611. But his career was split between 2 centuries and I just can't sneak him in ahead of the 3 bowlers I chose.
If one of your batsmen bowls, select 4 batsmen and 3 bowlers. If not select 4 bowlers and 3 batsmen.